Tripod is a lovely boy approx 2 yrs old, we are unsure how his injuries happened but a member of the public found this poor boy in the road with most of his front leg missing. The brilliant person took him straight to our vets on Stechford who decided it was best for him to have the rest of the leg amputated. Sammy is recovering well from his his surgery and the ordeal, he will soon be looking for his forever home. He is one of many we have helped some with amputation, some with removing eyes. 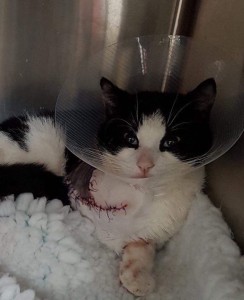 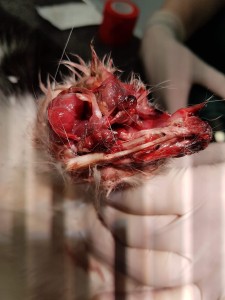 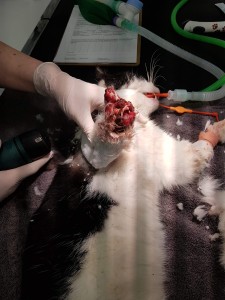 My name is Slinky, well that’s what the ladies have called me. I came to the rescue quite a while ago, I was not in a good way being heavily pregnant with not my first litter, cat flu and cancer on my ears which was painful and bled a lot. I came on with my best friend in the whole world Ron who used to look after me when I was very scared. I gave birth to my kittens, one passed away very quickly, then sadly one by one I lost the other two. I was taken to the animal doctors and they gave me an operation which saved my life, stopped me having more kittens and fixed my ears. Ron looked after me again until my world crashed, very unexpectedly he also passed away I miss him an awful lot. This is my story and unfortunately it is not an unusual one, for me at least I may have a happier ending than some. 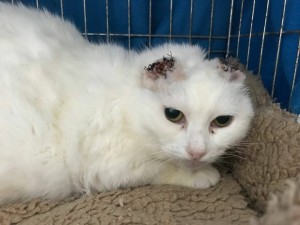 Paris came from a multi cat household with far too many cats, she was abandoned after her owner moved out. Paris was in a very bad way sick with herpes virus and calichi virus which was left untreated to top it off she was heavily pregnant. Paris was with us for 2 days before giving birth to five kittens sadly as the days went on they passed away one by one. One little baby made it until she was 4 weeks before we had to help her over rainbow bridge, Paris was absolutely terrified and hissed and spat at us a lot, she is quite a bit better now just very scared and wary not terrified bless her. Paris has now been spayed and is recovering well from her surgery and illnesses 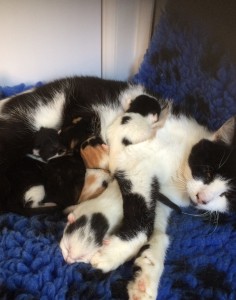 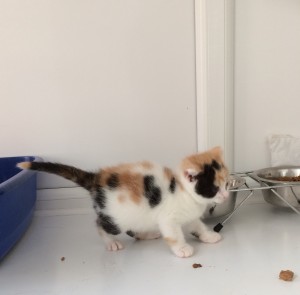 Betty is a beautiful young cat who found herself luckily at our vets. A member of the public found her after she had been attacked by a dog, the dog caused severe damage to her front leg. The vets made the decision that the leg would need to be amputated. Betty recovered really well from her surgery and came to the rescue to be adopted. A lovely family came to meet her and fell in love, they also fell in love with Betty’s new friend Poppy who had recently had to have an operation to remove her eye due to infection. 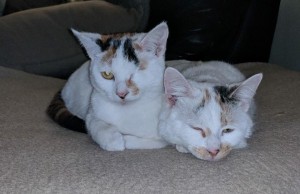 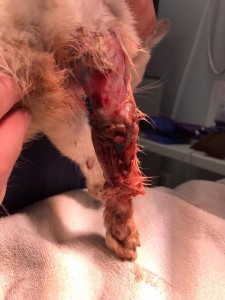 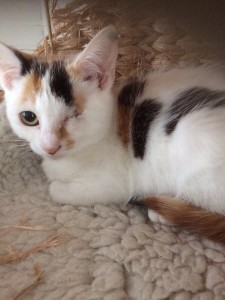 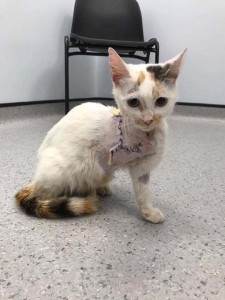 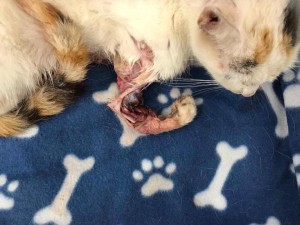